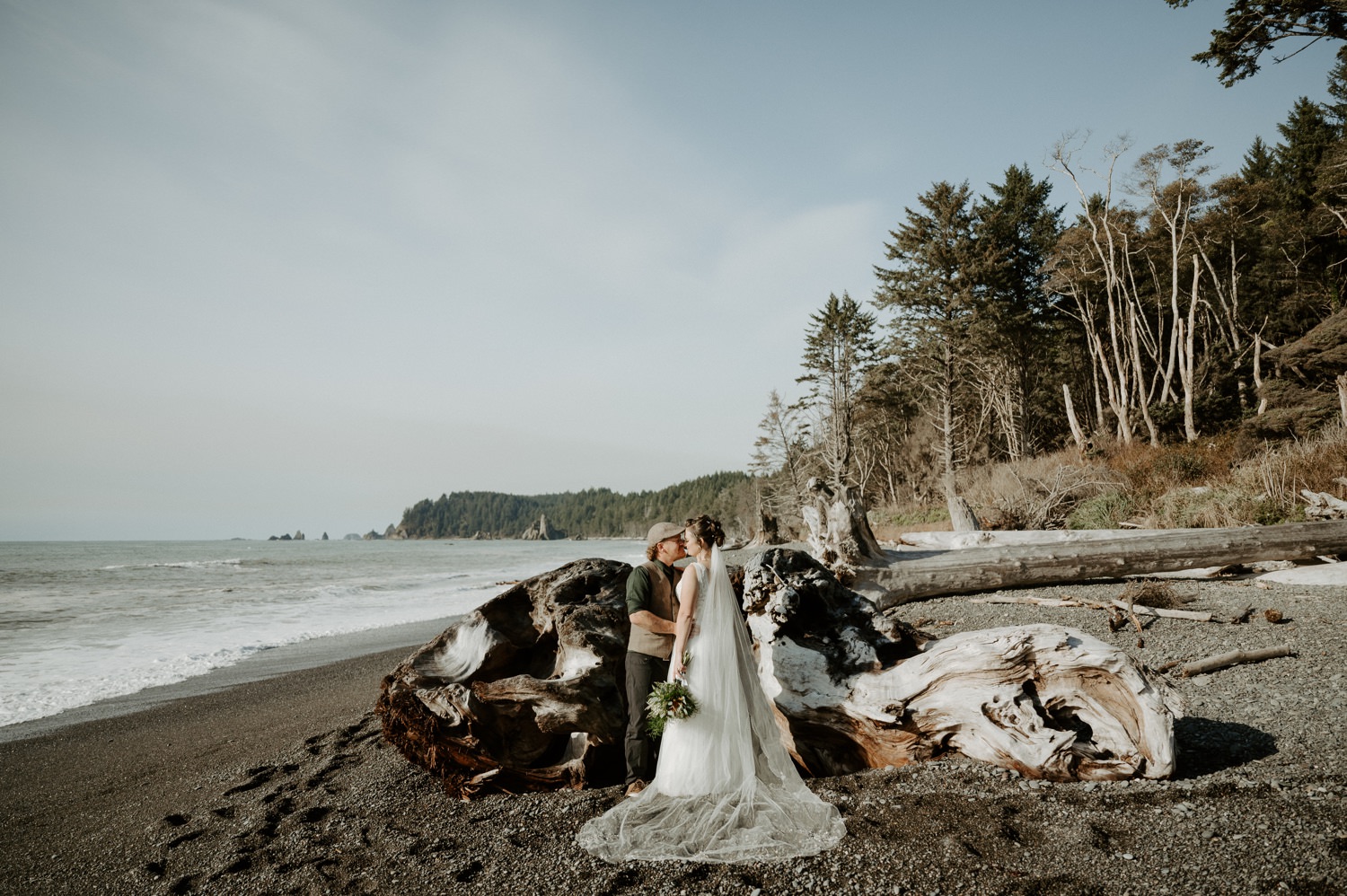 Amanda and Jeff Olympic National Park Fall Elopement was nothing short but magical. They decided to fly out from California and elope in the beautiful PNW. They chose Olympic National Park because of the moody vibe it offers in the Fall. The deep and lush green forest, the dark sand beaches and overall the beauty of the location.

We had previously met for their engagement session in Oregon the year before during the summer. They had planned to elope in Europe but they needed a new plan as the travel situation wasn’t getting any better. I could not have thought of a better location than Olympic National Park for their elopement. It totally matches the vibe they were originally going for and more.

We Started their day by their camp, where Amanda and Jeff found this absolutely beautiful spot right next to where they were staying to exchange their vows. After their ceremony we explored Olympic National Park a little more and headed to Rialto Beach. Overall their day was easy going and all they wanted. We took time for them to enjoy the locations and fully embrace the place.

Olympic National Park is located in The Washington Peninsula, about 2,5hours from Seattle and Olympia. This national park has so much to offer from the high peaks at the Hurricane Ridge, the waterfalls, lake and the black sand beach from Rialto beach to Ruby beach and the famous HOH rain forest. You’ll find it all in Olympic. My favorite part about this national park is that it was full of diversity.

If you are planning your elopement in Olympic National Park I’d recommend exploring a few areas and truly enjoy the little hikes to explore the area fully. Make sure to have a permit before planning your day and respect all the Leave No Trace rules to keep these places as beautiful as you found them. Enjoy!