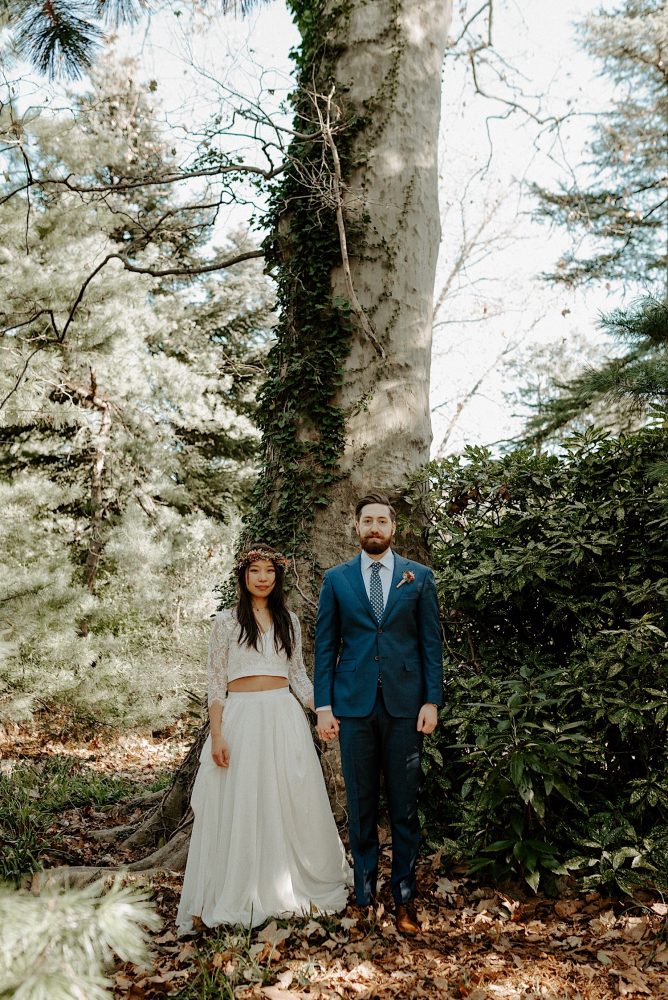 Let me just start by saying it was a cold winter day! Kriselle and Kevin decided to elope at the Brooklyn Botanic Garden last November. These two wanted to get married before moving to Portland, Oregon and start their new adventures! We first met in Prospect Park where we took most of their portraits before heading up at the Brooklyn Botanic Garden for their elopement ceremony! I don’t know how Kriselle was able to handle the cold but she did!!!

I had the chance to meet them a few weeks before for their in-home engagement session. Being able to capture their engagement and elopement was a real blast for me! I was able to get to know them and capture special moments of their life. If you didn’t read the previous post about their engagement then you should know that we’re planning to meet up again in Oregon for their adventurous elopement session!

Anyway, we were able to wander a little bit around Prospect Park before heading to their ceremony. They had planned to exchange their vows in the Japanese Garden before the Garden even opened for public. Their ceremony was so perfect. Intimate and filled with the people they love the most. Seeing the joy of their family watching them say I do was really everything! This is what I love the most about intimate weddings and elopements. No big deal just two madly in love people ready to go on a new journey together.

I’ll be forever thankful to have been part of their special day! I can’t wait to be in Oregon and explore with these two!