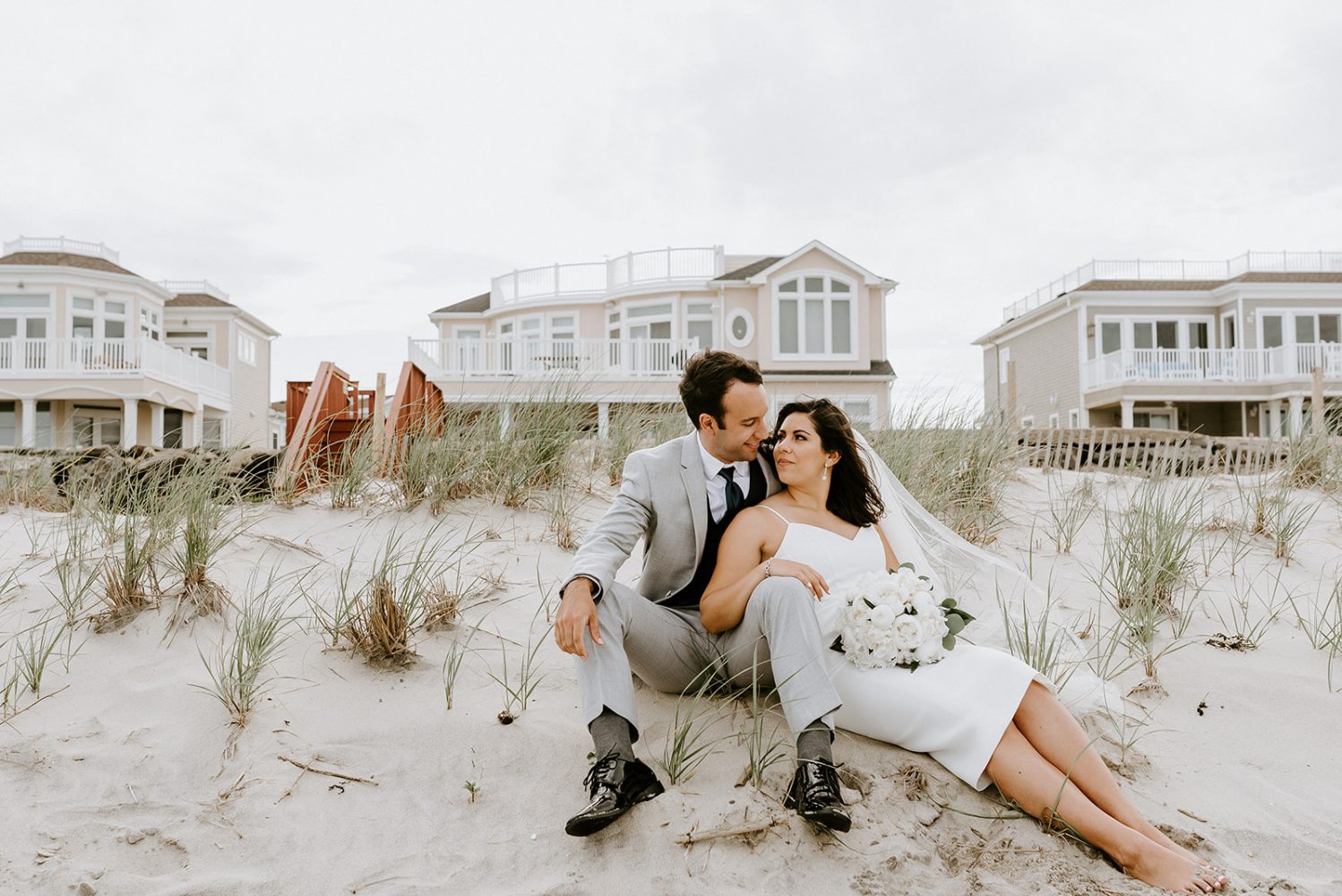 When Stephanie and Francisco inquired with me, Tim and I were eloping in Yosemite! I had them on the phone the day after we eloped and they told me they were flying from Washington State to New Jersey to elope in Sea Bright NJ! While Tim and I flew away from NJ to get our portrait taken in California haha! Let’s also mentioned that their wedding date, June 15th, is also Tim and I real wedding date (yeah we didn’t really tell anyone this part). The story with this couple is just full of coincidence!

Stephanie and Francisco are real adventurers, they are always exploring different states of the country. They met while studying at Stanford University which is where I was an au pair for a year (small world, and other coincidence). However, they only started to date a year and a half later. Eight years later, Francisco got down on one knee to propose on Bainbridge Island in Washington State at which point Stephanie nervously yelled: “Stop!” After some loving words (that neither of them remembers), She came to her senses and said “Yes!” I love how fun proposals can be!

When I asked them where they were going next they said UTAH! Personally, I can’t think of a better place for your honeymoon! they planned to explore a few National Parks and take it easy!

This Sea-Bright NJ Elopement was everything they wanted their day to be. Easy and simple, their closest family, parents, grandparents, and siblings. I feel very lucky to be part of intimate ceremonies like this one. They had their day the way they wanted it and it felt very special to witness it with my camera. Congrats guys I can’t wait to see where you go next!