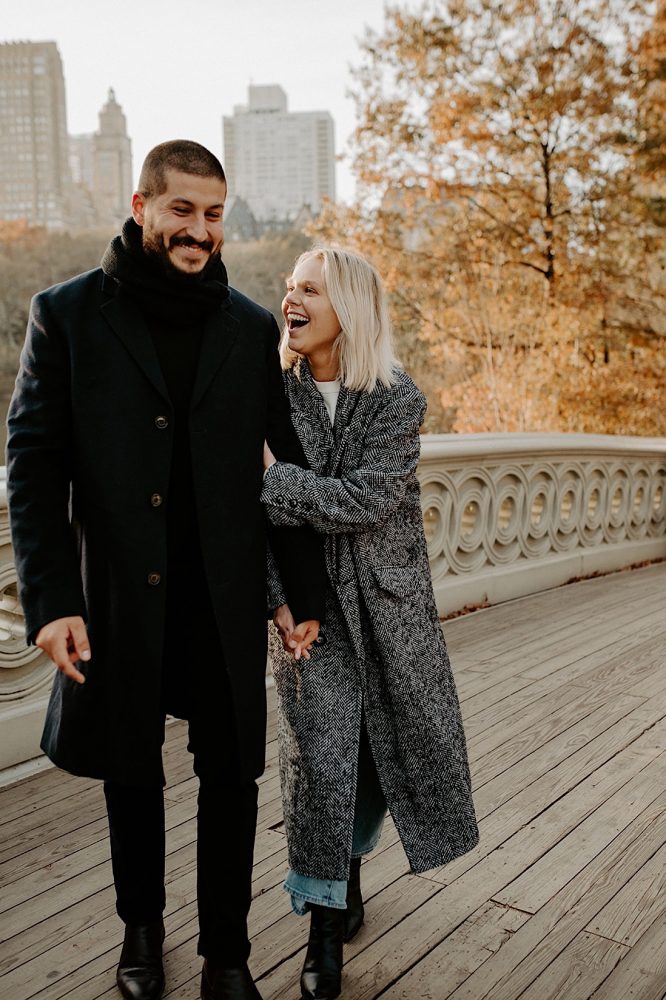 When Michael inquired with me and told me he was coming to New York City from Sydney Australia. I have to say I was super excited! As I’ve mentioned before, I’ve been very lucky in 2019 to meet couples coming from all over the world! They decided to capture their engagement in Central Park and in front of the Plaza Hotel where they were ending their stay as well.

Central Park is the perfect place for engagement photos! The park is so big that you can literally take photos anywhere! We started with the famous Lake view and walk our way out of the park. My favorite part of this Central Park engagement was when we decided to go in the street! I laughed so much with Chelsee and Michael my belly hurt by the end of the photo session! Walking from one side to the other of the sidewalk stopping in between two green lights. While people were looking at us as if we were mad people! At least we did have a lot of fun!!

There is something I love about photographing couples and it’s the chemistry in between the two. The way they looked at each other or interact with each other was amazing to watch and capture. They just wanted to have fun and they were able to be themself. They told me it wasn’t the first time they came to Central Park during their stay. They came multiple times to stop and listen to singers at the Bethesda Terrace. And when we were there I was able to catch them listen to beautiful songs and just enjoy and appreciate the moment. Because in the end, it’s what it’s all about!